The Trouble With Trilobites

They're probably the most recognizable fossils in the world. Flat segmented bodies bristling with antennae and legs. They're what we think of when we think of life in the ancient sea. But trilobites are famous not just because they were so beautifully functional or because they happened to preserve so well. They're known the world over because they were everywhere. For more than 270 million years trilobites thrived all over the planet, scouring the ocean floor from Siberia to Morocco and Canada to Australia. In their time they were the planet's most successful and possibly its most abundant animal until …they weren't. The trouble with trilobites is pretty much the same trouble we have with understanding why any animal that was once so abundant can totally disappear because trilobites were survivors. The history of these creatures shows that they practically invented survival in order for them to finally go extinct and leave no direct descendants. Nature had to try to kill them like four different times. Let's start about 540 million years ago, just before the dawn of the Cambrian period. Back then all life on Earth was in the sea and most of it was squishy like sponges, worms, and jellies.

Yes, there were some mollusks and simple shelled creatures like brachiopods. But by and large if you were an animal you didn't have to worry about protecting yourself from predators. Then about five hundred and twenty-one million years ago the first known trilobites appeared in what is now Siberia. They may have evolved from small thick-skinned segmented worms like spriggina, which I gotta say do seem to share a family resemblance. But, trilobites took the benefits of physical complexity much further. How much further? Well, they had legs for one thing, and they developed complex eyes and a sophisticated digestive system. Plus, they were covered from their rounded heads to their many segmented feet in an exoskeleton made of calcite and chitin. The trilobite was a true arthropod; a founding member of the group that includes today's arachnids and crustaceans and every insect. And equipped with all of these awesome new features it dominated the Cambrian seas; feasting on a diet of worms and other unprotected invertebrates, it flourished and diversified quickly.

Within 40 million years of its first appearance in the fossil record, there were at least 60 different taxonomic families of trilobites ranging from the googly-eyed asaphus To the familiar elrathia, probably the most common trilobite found in the U.S. today. For millions of generations they thrived by laying low on the ocean floor, but the seas the Cambrian were becoming increasingly hostile. The Cambrian, after all, was when predation first appeared on Earth, with animals hunting other animals, and trilobites left behind lots of fossils with bite marks on them to show it. But by the time the Cambrian came to a close, trilobites, like many other animals had picked up some new tricks. The cutest of them … enrolling. Judging by the segmentation of their bodies, some kinds of trilos like the genus flexicalymene, developed the ability to curl themselves up into little balls like Modern pill bugs or armadillos do, in addition to probably being adorable, it made it harder for new-fangled predators to sink their teeth into them.

But, not all the threats to our little armoured friends came from other animals. Starting around 445 million Years ago, Earth's climate dealt a double blow to life in the seas. First, a dramatic cooling changed the ocean currents and choked off the supply of warm water foods like algae. Then a period of glaciation Locked up lots of Earth's water, which dramatically lowered sea levels. This twofold impact known as the Ordovician-Silurian Extinction, wiped out about 25% of all taxonomic families, including about half of trilobite families. The families of trilobites that remained were mostly ones that were well adapted to this new world like Dalmanites, which fared well in cooler seas. Then, of course, trilobites had another problem to deal with. As the environment continued to change, other organisms had to survive too, under constant evolutionary pressure to adapt or die.

The new adaptations that had come about during the Cambrian, like pincers, spikes, and claws, were really starting to come in handy. But there was one adaptation that may have been trilobites kryptonite …jaws. About 420 million years ago, the first jawed fish appeared and some experts think that these new predators put even a more evolutionary pressure on the trilobites. Sure enough, about 20 million years after the first appearance of jaws, new variations of spiny, spiky trilobites started showing up in the fossil record, like Dicranurus here prickling with curved spines. But Earth's environment had still more surprises in store, starting around 375 million years ago when…well we don't know what happened exactly. 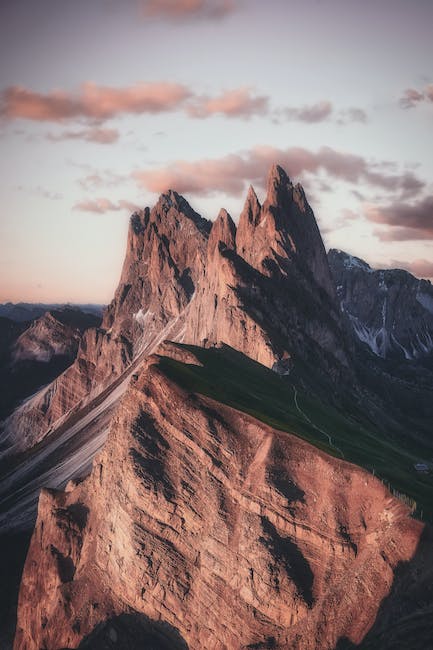 But we do know what the results were, suddenly big swaths of carbon rich sediments were laid down and oxygen levels in the water started to drop. Reef communities began to collapse, and those new fish with jaws managed to get by as did new life forms on land like plants and insects. But, most jawless bottom feeders, including the trilobites, vanished. In the end, this series of unfortunate events known as the Late Devonian Extinction wiped out about 20% of the animal families in the sea, including all but four families of trilobites.

The trilos were on the ropes and the final blow came with the greatest die-off in Earth's history. 252 million years ago something changed radically in our planet's atmosphere. Some scientists think it was an asteroid impact. Others point out that it was also a time of tremendous volcanic activity. And on top of that, Earth's landmasses were changing, which altered climate patterns yet again. Whatever came knocking for the trilobites, it came quickly. Within probably less than a million years, 70% of the species on land were gone and 95% of those in the sea, including the last surviving species of trilobites. It took the worst catastrophe in the history of life on Earth to wipe out the trilobites; an event known as The Great Dying. Now it may not sound like it, but the tale of the trilobites is really the first success story for the entire animal kingdom.

Sure they're gone now, but at the time they were the most advanced animal the world had ever seen, and they went on to become one of the most diverse groups of extinct organisms on record; with over 15,000 described species. And they survived for way longer than many other types of animals. They were around longer than the non-avian dinosaurs and longer than mammals have been …including us.

So the question to ask about trilobites might not be why they went extinct, but how managed to endure for so long. After all, today we are one of the planet's most successful animals, so the trilobites troubles may someday be our own..