>>Dr. Doug Elmore: This our second stop on our field trip to the Arbuckle Mountains, and here we have an outcrop of the Collins Ranch conglomerate you can see it right here. This is the conglomerate that was sitting on top of the angular unconformity at our last stop, the first stop on the field trip. So what I’d like to do at this stop is to talk about how this particular rock formed. And to do that we first need to describe the characteristics of this rock.

So I’m going ask the students to help me with that so Shannon, tell me something about this rock, describe it. >>Shannon: There’s a large grain size variation in it. Some of the cobbles are really large and some of them are really tiny. >>Dr. Doug Elmore: And what does that say about the sorting? We use the term “sorting”, which is the range of sizes. So would it be poorly sorted or well sorted? >>Shannon: Poorly sorted.

>>Dr. Doug Elmore: Poorly sorted, okay. Dustin tell me something else. >>Dustin: The clasps are somewhere between sub-angular and sub-rounded. Some of them more rounded then others. >>Dr. Doug Elmore: Okay there are some rounded claps but clearly there are some that are not okay. All right, what about interpretation? What can we say about the depositional processes that form this particular rock? And then the depositional environment that the rock formed in? >>Shannon: You have to have really high energy to move these large claps. >>Dr. Doug Elmore: Absolutely, you have to have high energy. What moved the clasps do you think? >>Dustin: Water. >>Dr. Doug Elmore: Water, okay. What kind of environment do you think it was? >>Shannon: Alluvial fan? >>Dr. Doug Elmore: Maybe an alluvial fan. Okay, how far do you think it was from the source? In other words what was the source of these cobbles? Think of the rounding and the angularity. 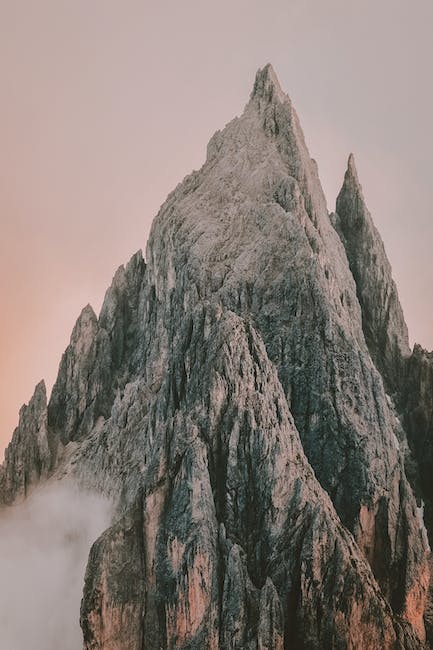 As you move away from the source what happens to rounding? It increases, right? So here we have some fairly poorly rounded clasps, so that would suggest that we’re probably pretty close to the source. And in fact at our next stop we’re going to go look at the source for the clasps in this conglomerate. Now one last thing I’d like to do at this outcrop is to look across the highway, but before I do that I need a little prop. I want you to notice here that these beds are dipping, okay? In this direction. Alright you can see the bedding. Not dipping very steeply, but they are still dipping. Why are they dipping? Well, that’s when rocks become deformed.

So after the rocks were deposited they were then deformed into the syncline. .